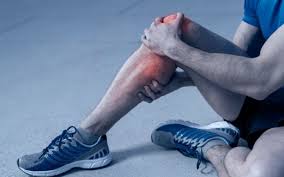 Arthritis is a condition that can be very difficult to live with. An estimated 54 million adults currently suffer from some sort of arthritis, with this being a leading cause of disability for American adults. With these worrying statistics, it’s obvious why both sufferers and doctors alike want to find a solution for arthritis. Quite recently, researchers have been investigating CBD as a potential treatment for arthritis. Although a lot of people would be surprised that a compound found in the marijuana plant might be able to have this effect, there is actually reason to believe it could have great benefits. There are many different types of arthritis, but collectively it is a term that refers to conditions causing inflammation and pain in the joints. Osteoarthritis usually develops in people over the age of 40, more commonly in women. That is not to say that it cannot be found in anyone, as other conditions (such as gout) can trigger osteoarthritis. Initially, this form of arthritis affects the cartilage in the joint, making it difficult to move; you may feel stiffness and pain. Usually, the affected joints are the hands, spine, knees, and hips. Rheumatoid arthritis occurs when the immune system targets affected joints, causing pain and swelling in the area. As the condition progresses, the bone and cartilage may begin to break down. There are also other forms of arthritis, but these are the two most common. Although both of these forms are common in middle-aged people and the elderly, it is a condition that, scarily, can affect children as well. How is arthritis usually treated? Despite the fact that there is no cure for arthritis, there are several treatments that may be prescribed to slow down its progression or help you cope with the symptoms. Doctors may recommend lifestyle measures such as maintaining a healthy weight (obesity is known to have a correlation with arthritis) and exercising regularly. In terms of medication, there are several options: There something else you could be using to treat your symptoms, something much more natural and with far fewer negative side effects. Let’s take a look at CBD.

It has been proposed in research applications that people with arthritis to help manage their symptoms could use CBD. In recent years, you’ve likely heard about studies having been conducted into the use of CBD for chronic pain and the like, but could it really help arthritis? In 2011, a study carried out by the Department of Physiology and Pharmacology at the University of Calgary investigated the effects of CBD on joint pain in rats. They found that the inflammatory joint pain was reduced by CBD, since this compound changed the way pain receptors respond to stimuli. It is likely that this is due to CBD interacting with various receptors in the endocannabinoid system (ECS), a system that regulates many critical processes in our body. Additionally, in 2014 Pompeu Fabra University published a review looking into the role of the ECS in osteoarthritis. It was suggested that cannabinoids could have an anti-pain effect by targeting natural ECS receptors, and the study concluded by saying that CBD treatments are a “valid avenue for exploration when it comes to treating the symptoms of arthritis.” A third study published just a year ago in 2017 by Canada’s Dalhousie University involved inducing osteoarthritis in rats and injecting them with CBD. Joint inflammation was reduced by localized CBD treatment, and was able to block the pain that was caused by the arthritis. The researchers concluded that CBD could be a “safe, useful therapeutic” for treating arthritis.

Why are topical CBD creams preferred for arthritis?

As we mentioned, people using CBD as a treatment for a variety of conditions can consume/administer the compound in a number of different ways. For a number of ailments, people are now ingesting CBD oil and tinctures. This involves dropping some CBD oil beneath the tongue and holding it for a moment there before swallowing it. This method ensures that you know exactly how much CBD you’re getting, and allows you to avoid THC if you so choose to. It can be quite expensive to buy, but it is seen as a very effective method. However, none of these methods are the preferred way of administering CBD oil for people suffering from arthritis. Instead, topical creams infused with CBD are a preferred way to go.

Topical CBD cream can be applied directly to the affected area 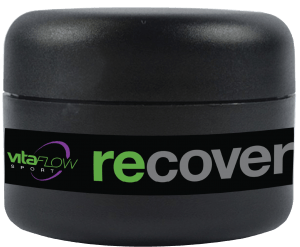 With topical creams, you can administer CBD to a very precise area. In the case of arthritis, you simply rub the cream over your aching joints and wait for the CBD to be absorbed. The anti-inflammatory and pain-relieving properties of Cannabidiol will be applied directly to the area that’s causing you bother, meaning it could be more effective than ingesting it orally.

While CBD oil might be better for the likes of anxiety and depression, topicals are better for reducing inflammation and pain since the CBD directly stimulates receptors in the area to which it is applied. Simply rub in some CBD cream and allow it to seep through the layers of skin, working its magic as it goes.

The European Journal of Pain published a study in 2016 that looked into administering CBD transdermally (through the skin). The study found that oral administration of CBD oil had poor bioavailability (due to the breakdown processes of digestion), whereas topical application allowed for more constant levels of CBD in blood plasma. The study was conducted on rat models, but nevertheless it was found that 0.6-6.2 mg per day of topical CBD application significantly reduced joint swelling, and did not result in any side effects.

CBD is still being investigated for its health properties, including a potential to control the symptoms of arthritis. The pain and inflammation that often accompanies the condition show a potential to be reduced by administering CBD. This claim is backed up by several studies conducted on the effects of CBD for inflammation and pain in rat models. If you suffer from arthritis and are thinking about trying CBD, you might want to think about maximizing its efficacy by investing in a potent, high-quality topical CBD cream.