Skip to content
Anyone who’s ever done any sort of competition, regardless of skill level and even event type, can tell you that the soreness they endure during, and thereafter is far greater than experiencing any muscle soreness from regular training. So how do you recover to ensure you’re at your peak performance level during competition and/or training? Well, there’s multiple ways but the one that is creating the greatest benefit, is using CBD.

HOW DOES CBD WORK?

CBD is one of over eighty different chemical cannabinoid compounds found in the trichomes of this flowery plant. Cannabinoids are actual agonists that bind to your own special receptor cells in your body known as cannabinoid receptors. Some of these receptors are densely prevalent in the central nervous system while others are located in nearly every organ of our bodies. When the magical bond happens by ingesting CBD into your body, there’s an awesome network that forms known as the endocannabinoid system (ECS). Within this system some medical professionals have proclaimed the ECS to be the one of the greatest neurotransmitters in our body. The four primary functions of CBD has had on our body’s ECS has been protection of our entire neural network, homeostasis, immune balance and stress recovery. In layman’s terms, a very beneficial reference to our body’s system of creating it’s optimum energy balance system. The research on CBD has been never-ending. Scientists have found various beneficial effects that CBD can have on our bodies. Some effects of CBD have been linked to vanilloid receptors which regulate pain, adenosine which helps our circadian rhythm (our body’s natural sleep and wake cycle), and serotonin levels which influence our stress and mood.

WHY DOES THIS MATTER IN REGARDS TO TRAINING?

Every time we do a physical activity, our body breaks itself down in order to build itself back up. This results in our body’s immune response to heal itself leaving us feeling sore, lethargic, and even exhausted. Dealing with post-workout inflammation sucks! Cannabi 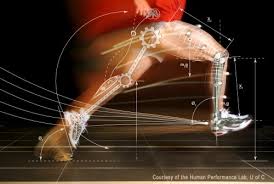 noid receptors include CB1, which are predominantly found in the brain, and CB2 receptors which are found on cells linked to the immune system. The fact that both of these receptors have been found on our body’s immune cells makes scientists believe that CBD plays an important vital role in the regulation of the immune system. Several studies have shown that CBD plays an enormous role in suppressing cytokine, and chemokine production, while increasing our body’s T-regulatory cell production in turn helping our body’s anti-inflammatory mechanism. 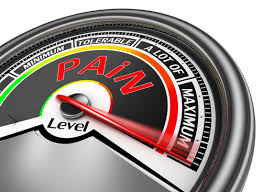 CBD actually stops the inflammatory cycle by decreasing the production and release of pro-inflammatory cytokines as well as creating a series of reactions that result in an increased concentration of the anti-inflammatory endocannabinoid, anandamide.(18) This is especially promising for those suffering from chronic pain such as Rheumatoid Arthritis (RA) – a chronic inflammatory disease that is manifested in joint destruction, deformity and loss of function associated with joint stiffness, pain, swelling and tenderness. And osteoarthritis (OA) – characterized by breakdown of the cartilage (the tissue that cushions the ends of the bones between joints), bony changes of the joints, deterioration of tendons and ligaments, and various degrees of inflammation of the joint lining (called the synovium). As well as other inflammatory conditions such as colitis(19) – inflammation of the lining of the gut. Athletes, former athletes and those who have put their bodies to the physical test and are now suffering the consequences of OA may also benefit from CBD. Besides being physically able to participate in the activities, it means not popping potentially dangerous amounts of ibuprofen, prescription pain pills or relying on cortisone shots. To order visit us at www.vitaflowsport.com and start feeling the difference today!!

Live life in the flow